We have joined forces with sfciti to host One City Gives. On December 13, volunteers from tech companies all over San Francisco came together to give back to our city’s young people experiencing homelessness.

Early on Dec. 13, tech employees from companies across The City gathered in San Francisco’s Mid-Market neighborhood. For two hours, they sorted socks, underwear, hats, shirts and handwritten holiday cards into packing cubes before delivering the completed kits to Larkin Street Youth Services’ main center in the Tenderloin. All of the items in these kits are needed on a day-to-day basis and will be gifted to 300 young people experiencing homelessness in San Francisco.

As The City’s largest nonprofit provider for young people experiencing homelessness, we at Larkin Street estimate that over 1,100 young people do not have a place to call “home” on any given night in San Francisco. They reside in cars, couch surf, find brief shelter in abandoned buildings and sleep on our streets.

Holiday giving and donation efforts are traditionally geared toward children and seniors. Young adults between the ages of 18 and 24 are often overlooked when it comes to providing basic necessities and services, even outside of the holiday season. Only 11 cents of every dollar spent on addressing homelessness goes to serving young people. Bolstering ongoing efforts to address this gap in service, we at Larkin Street and sf.citi joined forces for One City Gives, a holiday day of action to offer immediate care to our city’s young people experiencing homelessness.

At both Larkin Street and sf.citi, we pay close attention to policy initiatives that impact local residents. It is no secret that San Francisco, and California more broadly, have seen an increase in homelessness over the past decade. California Assemblymember David Chiu recently conducted an audit of homeless children in California schools. The findings were eye-opening. California has over 200,000 children considered homeless according to the McKinney-Vento Act, even as 2,700 schools report zero homeless students. Like San Francisco’s growing population of homeless young adults, students living in motels, shelters and cars are misclassified and overlooked in homeless reporting. As a result, they are not provided the services they need to thrive.

Chiu’s audit called much-needed attention to the fact that there are far more youth and young adults experiencing homelessness than we previously realized. One in five individuals experiencing homelessness in San Francisco is under the age of 25. On a national level, California is home to the highest number of homeless young adults in the country. Though a small effort, the partnership between sf.citi and Larkin Street for One City Gives galvanized tech volunteers to take concrete action on homelessness faced by far too many young people in our city and state.

With notable contributions from Cruise, Okta, Postmates, Waymo and Zendesk, we were able to secure over $30,000 in donations for the one-day One City Gives event and the young adults of Larkin Street. Homelessness in San Francisco can easily seem like a problem that is too big to solve. This mindset can, in turn, prevent us from even attempting to make a difference. We at Larkin Street and sf.citi think it is important to remember the many ways we can come together to address homelessness — whether through events like One City Gives, citywide campaigns like All In, or policy initiatives like that of Assemblymember Chiu. Big or small, all efforts to end homelessness in San Francisco are a step in the right direction.

We are so grateful for this holiday support. Here are some highlights from the event: 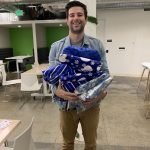 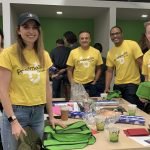 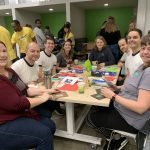 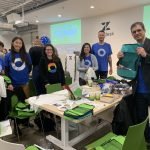 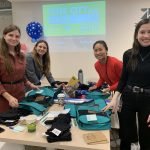 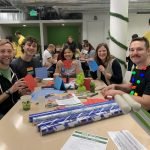 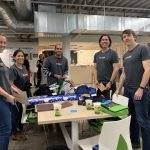 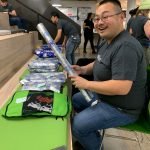 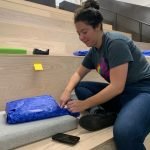 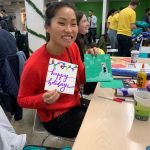 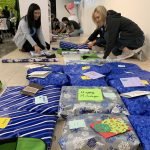 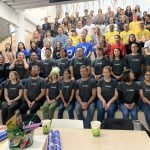 Huge thanks to the SF Examiner for publishing this op-ed piece.